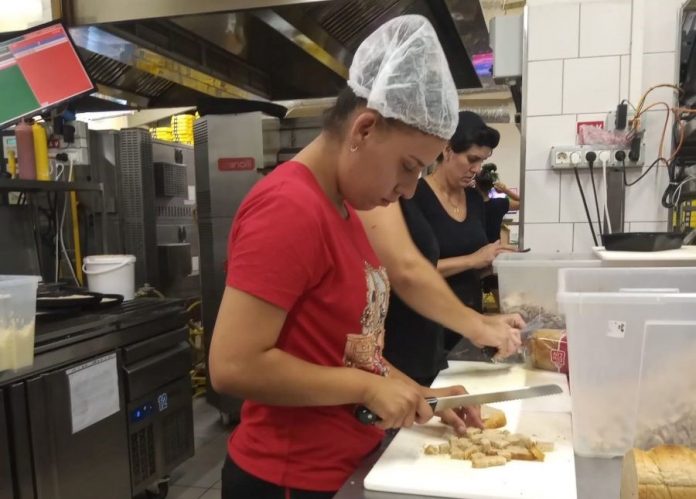 Diana, aged 24 years, is diagnosed with mild intellectual retardation. The young woman was interested in having a job and her own income. Considering Diana’s desire, her father decided to look for a job on internet for her. Thus, Diana and her father decided to visit theServices Center for Supported Employment, following a recruitment announcement posted on an online platform by our colleagues from HAO.

Olivia, labour market expert with HAO, created the vocational profile of Diana. During this process, our colleague noticed that Diana is attentive to detail, meticulous, communicative and neat. She has patience and skills for working in the kitchen.

Our colleague decided to mediate the employment of Diana at Pizzeria San Marco. After the interview with the potential employer, the young woman gave a working trial for a few hours, during which she did an excellent job. She easily understood the tasks, even though their complexity increased towards the end of the trial, and she completed them. As a result, in mid-July 2021, the company’s representative decided to hire the young woman.

Olivia monitored Diana for three months and kept in touch with the girl’s father and the employer’s representative. The young woman learned very quickly what she had to do and she easily integrated into the team. After only three months, she became one of the trustworthy employees in the kitchen of Pizzeria San Marco, being involved in the preparation of more complex recipes. Also, she asked to work full time.