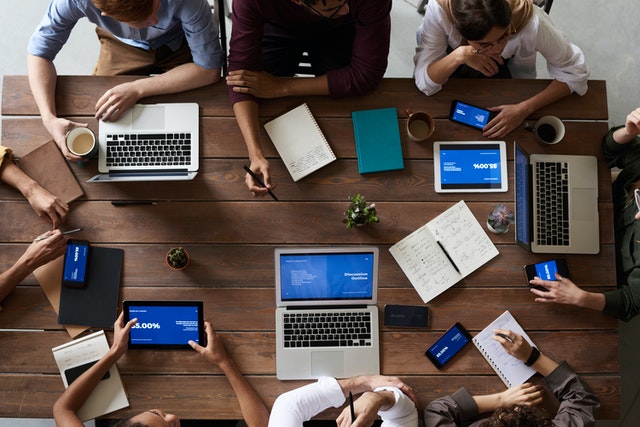 What are the special features of the Program for Combating Youth Unemployment and addressing the needs of NEETs, through Civil Society Organizations in Social Entrepreneurship?

The social economy as a job creation sector is not just a complementary sector of private economics but, it responds to a structural problem of the economy related to labor-intensive occupations that are devalued and displaced from the market to the developed world by capital-intensive enterprises.

The social economy is evolving into professions that meet real needs and the real economy.

Professions that, although in demand, are not tempting and are avoided by young people as they are underpaid and repulsed for social reasons. These are professions such as: farm workers, salesmen, security guards, drivers, gardeners, waiters, waitresses, plumbers, electricians, unskilled construction workers, Nursing – Domestic Helpers – Baby Sitters, Cooks.

What are the particular causal relationships that make the social economy an important axis in the fight against unemployment?

On the opposite side of these traditional professions are not only the digital technology professions but also the emerging internet business professions which are also labor intensive such as webmasters, webmasters, graphic designers, advertisers and webmasters.

So social entrepreneurship is a necessary economic activity where it does not operate in a profitable sector. The socialneed training program focuses on this type of entrepreneurship and is aimed at young people up to 29 years old. It aims at the vocational guidance of young people through social work organization structures where the social economy is active.

It does not just aim at professional skills but mainly at organizational skills and the creation of social enterprises.

Let us note that in Greece the employment in the third sector of the economy is only 3.3%, at the same time that in Western European countries it ranges from 8 to 10%. This means a general lag in employment biodiversity.

What is the picture of labor supply and demand in Greece beyond these general indicators?

Regarding the diagnosis of Labor Market Needs, as we have said, we see in the advertisements that they are mainly requested: clerks, unskilled workers, salesmen and drivers, cooks, waiters, warehouse workers, craftsmen, craftsmen / in the construction industry. new jobs as well.

There is a great shortage in the coverage of jobs in the seasonal tourism professions while there are shortages in the retail trade, food, beverages, and in the third place the bucket of hospital activities new jobs. But there are also areas of activity that have been completely abandoned such as agricultural crops, shady lands, buildings from infrastructure and small and medium enterprises that have closed, Municipal and public lands that are not used and all this because various small and medium enterprises that are constantly shrinking are unprofitable.

It is in this area of ​​inactive inactive material and human resources that the nonprofit economy can grow and provide more jobs. In the causal relationships of high youth unemployment we see a contradictory phenomenon on the one hand the demand for low-skilled workers and on the other hand the lack of supply and refusal to fill these low-paid jobs. In practice, these occupations are covered to some extent by economic migrants from other countries who accept to work for low wages and often uninsured.

The general conclusion is that unemployment is above 15% at a time when there are social needs that are not being served.

We know that the dominant economic model of private and public enterprises in the last two centuries has been based on sustainable development, vocational training, and subsidies in certain sectors of the economy, such as the agricultural sector to support employment. What changes with social entrepreneurship in relation to these principles?

What has changed is that growth-growth as an exclusive goal in terms of capital intensity does not necessarily bring more jobs. Vocational training in the context of competitiveness does not offer solutions as it does not lack the necessary skills of employees, what is lacking is adaptation to the needs for products and services.

In the institutional framework, unemployment and employment subsidies usually favor large enterprises and some public enterprises, do not offer substantial new employment opportunities to labor-intensive small enterprises that have vital survival needs in competition. Thus in the issue of labor supply and demand there is a structural problem in the very institutional tools of entrepreneurship. What we would put as the title of the new approach is that, the current consumer in many products and services must become the same producer of products and services through cooperative social enterprises. With a Phrase to become a productive consumer.

It is an approach that is well known through consumer cooperatives in Europe and mutual funds, which should now be extended to energy that is the hot topic, to social welfare and health care, to energy communities, and even to its growing economy. internet, if we are really looking for new job and self-employment opportunities.

In addition, it should be noted that youth unemployment can not be tackled with the stereotypes of the first and second industrial revolutions that do not work today. In those days the supply of labor lost through industrialization in the primary sector was replaced by new ones in the secondary sector and then when industry jobs were reduced by industry automation, the service sector created new jobs.

Now, at the beginning of the 21st century, with the digitization of the state and services, the transfer of employees from one sector to another is coming to a standstill, as the self-service of the citizens results in a reduction of bureaucracy, and necessarily the reduction of jobs. In this way the positions created by the new technologies do not cover all the losses. This means that even if the young people get higher education, they will still be unemployed, obviously because the highly qualified positions are for the few and do not concern the many. Let us note that the percentage of young graduates in Greece is high. This makes it difficult not only for the Neets but for all categories in general to find work.

Economic growth, competitiveness, high specialization and vocational training do not cover all the human needs of personalized services. This raises the need to invest more in the cooperative sector of the economy. The sector that has the characteristic that it does not displace small farms from production.

The request of small and medium-sized enterprises that need to be adopted by social enterprises is “To subsidize work”: That is, to give a work allowance and not an unemployment benefit. In those cases where there is unemployment and the other does not go to work, it means that there is a problem with the daily wage which is cheap. So the solution is to boost labor costs in social enterprises.

According to research you have done what needs to change in the choices of the real economy towards full employment?

In the collective fantasy, what is simply called public opinion still prevails over the logic that economic growth at the level of GDP will raise the level of employment, but not with the demand for labor.

Nor does it coincide with the principle that business competitiveness will increase profitability and profitability in turn will create new jobs.

This perception is quite outdated given that digitization, automation and robotization of production can increase profitability in many areas and at the same time limit labor.

The argument that adapting studies to the needs of the “market” will immediately ensure a lucrative job for graduates is, among other things, completely unfounded and misleading. Nor is high specialization in advanced technology related to employment growth. High education will not solve the problem of unemployment either.

If this were the case, we would not have correspondingly high unemployment of graduates, which means that the problem is not due to the lack of appropriate specializations and skills of employees but to the harmonization of labor supply and demand. Youth unemployment remains much higher, regardless of education level, compared to pre-crisis levels and covers all occupations.

High specialization is a small fraction of the demand, not the same as unskilled young people with low qualifications such as personalized childcare services and home help, health care and social welfare in general. As in the traditional occupations of production, food cooking, household care and childcare and the elderly health care does not change radically with the development of technology.

There is also the demand of land workers for the harvest of olives, which is a product of high nutritional value, where the daily wage costs more than the yield of the product and this is unprofitable for exploitation. fruits.

So the question we have here to look at in the context of the social economy, how to meet the sustainable practical needs of society and at the same time find employment for people who can serve these vital needs.

I have the impression that these allegations have to do with the demand for local “self-sufficiency” and local employment, the question is whether the social economy is at odds with the trend of globalization of the economy?

With regard to the globalization of the economy as opposed to the need for “local self-sufficiency”, I think, first of all, that globalization is being attacked today by those forces that have historically promoted it and now want to reduce it, says the energy and food crisis. has erupted from free market restrictions.

Were it not for the restrictions and protectionism, and the political sanctions, we would not have had an energy crisis. The consequences also show the need for local nutritional self-sufficiency. Otherwise, there is no question of the realistic development of globalization, which has the positive to raise the competitiveness of the economy to high levels. But there are gaps it leaves in relation to “local self-sufficiency” and local employment which is a loss for local income and the solution must be sought through alternative collective entrepreneurship.

An example is China and India, which have balanced globalization openings with mass cooperatives to support local food needs.

The pursuit in this case of local self-sufficiency means the requirement to utilize human resources along with inactive natural material resources that are available as well as some of the country’s infrastructure that would otherwise be useless.

So you have highlighted the activation of local inactive resources, the need for local self-sufficiency that enhances local employment, What are the conditions for utilizing these inactive available resources as you tell them?

The subject of entrepreneurship can be focused on the following areas:

The socialization of energy through energy cooperatives

The subject of social entrepreneurship should be defined as collective entrepreneurship, a mechanism of networking and organization between consumers and the productive body without mediation and intermediaries.

The Social Enterprise must serve the complex task of mobilizing human resources and networking of social enterprises from all sides – citizens, consumers, professionals, producers, social actors of the Local Government.

At the same time, the mobility of all actors in the social economy contributes to the formation of social capital, the accumulation of investment capital and the diffusion of knowledge with the ultimate goal of strengthening social entrepreneurship.

The advantage in social entrepreneurship is the social support and participation of the consumers themselves, the disadvantage is in the flexibility of the management of these companies. The difficulties, however, arise from the lack of organizational culture institutions in the management of social enterprises.