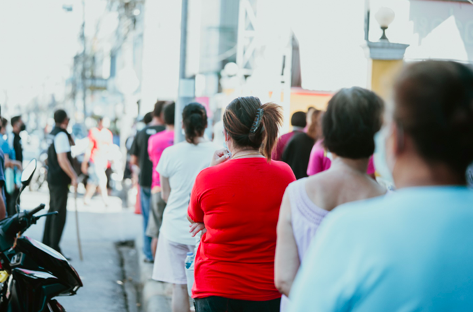 Another scientific paper was published in the framework of the YOUTHShare project. The interesting study identifies the barriers that keep vulnerable groups, in this case specifically young migrant women aged between 25 and 29 years old, in the state of NEET.  The Spanish region of Murcia, as a representative region of the Mediterranean European Economic Area (MED EEA) countries, is the research field since it combinedly presents the following features. It’s the destination of mixed migration flows, it shows a high NEET rate (Eurostat 2022), and its economic structure and development are a representative example for the general context of the YOUTHShare study countries.

The real novelty of the paper, however, is that it is one of the few to address the MED EEA employment/ unemployment equilibrium from the regional, instead of national, comparative perspective. In that perspective, the goal of the study is twofold: the contribution to academic knowledge on one hand; and helping the development and improvement of NEET policies on the other.

The methodology implemented entailed a preliminary study with secondary quantitative data, followed by a qualitative approach. Thus, on the basis of quantitative ascertainments, stakeholders related to the implementation of NEET policies and NEETs themselves were interviewed.

So, what are the most common barriers preventing vulnerable people from escaping the state of NEET? More specifically, what are the reasons that prevent migrant women aged 25-29 from being integrated into the labour market or a training programme?

Being labelled as a migrant has a major impact; and this was confirmed by the research: “The ideas connected to what it is to be a migrant could imply a barrier that can hinder the aimed integration for NEETs”. In the same perspective, the language barrier is a basic priority in order for the migrant to be able to fit  in the society too. Work-life balance emerges as another one, since the age of the researched women (aged 25-29) is strongly linked to the idea of motherhood and/or caregiving. Housing policies are part of the problem as well, as they push migrants into living in shared spaces, hence creating “ghettos” that reproduce poverty patterns. And to end with, another barrier that was identified by the research is the ineffective communication of relevant active labour market policies. If migrants do not have easy access or are not aware of the existence of policies that were made for them, then it’s impossible for those policies to successfully fulfil their goals.

In alignment with existing literature, the findings of the research show that, despite the existence of barriers keeping vulnerable people in the state of NEET, those very barriers are not properly addressed by NEET policies (Molloy and Potter 2015; O’Reilly et al. 2018; Focacci 2020). Therefore, policies that were designed especially for NEETs should be combined with other ones concerning language training, cultural training, etc. It is those structural factors that should be addressed in order to solve the problem and not just temporarily alleviate it.

Molloy, Sean, and Deborah Potter. 2015. NEET by choice? Investigating the links between motherhood and NEET status.Labour, Employment and Work in New Zealand 13.