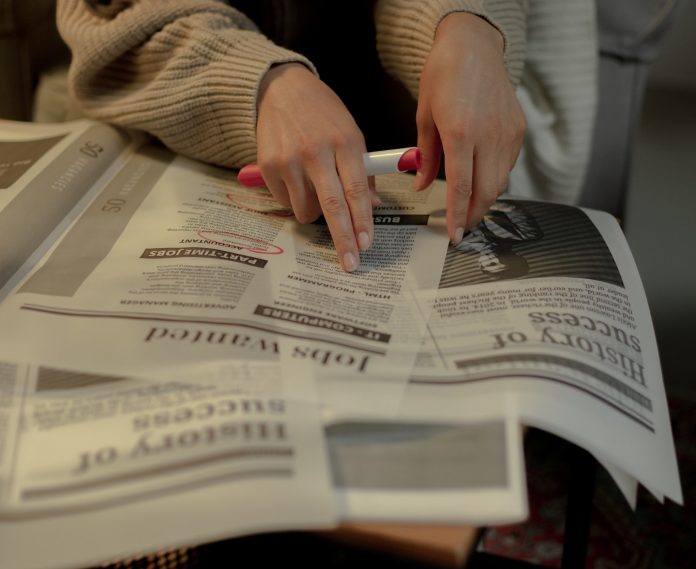 After 27 months of COVID-19, in Portugal, it is noticeable that the pandemic has had a tremendous negative impact on health, economy and society, causing significant political and social disruption. People with disabilities are the most affected. In this context, measures are being taken in order to reduce the social and economic inequalities which have widened during the Coronavirus pandemic. In the opinion of our colleagues from Consultis, it is important to summarise the recent developments revealed by the study “People with Disabilities in Portugal – Human Rights Indicators 2021”, published in March,2022. The research was carried out by the Disability and Human Rights Observatory (Higher Institute of Social and Political Sciences of the University of Lisbon).

Looking back over the last years, Portugal has made some progress in the social inclusion of people with disabilities. Thus, the number of students with disabilities and that of young adults with disabilities integrated into the labour market has increased. Moreover, the risk of poverty and social exclusion has decreased, because of the Social Inclusion Benefit. However, the pandemic context experienced in 2020 and the successive lockdown of the population increased unemployment among people with disabilities. These are the main conclusions of the mentioned study, coordinated by the researcher and lecturer Paula Campos Pinto. The study includes data in the areas of: education, work and employment, discrimination and social protection, and living conditions. It also covers the differences in work opportunities between men and women with disabilities.

Over 2,500 students with disabilities in higher education

In the field of education, the results are clear: an increasing number of people with disabilities are attending higher education. For example, in Portugal, in the academic year 2020/2021, the number of students with disabilities increased by 11.7% compared to the previous year.Most of them study in state universities (89.1%), especially in the Lisbon Metropolitan Area (more than two thirds).

Based on the study findings, higher education institutions from Portugal seem to be more prepared to meet the needs of students with disabilities. Thus, in the academic year 2020/2021, more than half of the Portuguese universities (64.4%) had specific regulations.

The pandemic has raised barriers to employment

The data indicates that the pandemic crisis was more severe for the employability of people with disabilities (particularly for women), than for the general population. Thus, during the pandemic crisis, the registered unemployment rate among the Portuguese population with disabilities increased by 30.5%; the growth was much more accentuated among women (+63.1%) than among men (+9.8%).

If we refer to income and living conditions, despite the decline that has occurred since 2016, the report’s data indicates the maintenance of social asymmetries: in 2020, the risk of poverty or social exclusion rate in households of people with disabilities (16-64 years old), still was 11.7% higher than in households of the general population in the same age group (28.5% compared to 16.8%).

In addition to these figures, it should be noted that women with disabilities (26.8%) and people with severe disabilities (31.5%) were those who faced the highest risk of poverty or social exclusion.

The introduction of the Social Benefit for Inclusion, in 2017, seems to have contributed to poverty alleviation by promoting the autonomy of people with disabilities and their integration into society. The results of the study indicate an exponential growth of the number of persons who have benefited from the Social Benefit for Inclusion. Thus, in 2020, the number of beneficiaries increased by 438% compared to 2017, the year when this benefit came into force – 114,726 compared to 21,307.

In the field of discrimination, the study shows that in 2020, 1,023 complaints were made regarding discrimination on the grounds of disability or aggravated health risks, down 20% compared to 2019. The data shows that access to health services was the issue with the highest incidence of complaints, with the pandemic crisis being the factor justifying this affluence.

Companies have created more job vacancies, but employed people with disabilities do not reach 25%of those hired

According to the data provided by the Portuguese Ministry of Labour, Solidarity and Social Security, in 2021 there were 3,713 job offers for people with disabilities, an increase of 65% compared to 2020. However, paradoxically, the percent of people with disabilities employed does not reach even 25% of the total number of those registered at the public employment services.

Concerning placements, i.e. job offers for which there was an applicant, whether through the public employment service or self-placements, the Ministry states that there was an increase in the number of people with disabilities employed. Thus, in 2020, 2,547 people with disabilities got a job, both through job offers and self-placements, a number that increased to 3,463 in 2021 (+ 36% compared to the previous year).

But at the same time, according to the Institute of Employment and Vocational Training, 13,583 unemployed people with disabilities were registered in the public servicesin 2021, increasing by 1.2% compared to 2020.

Progress of LEAD project in Portugal

Since the last quarter of 2021, the pandemic situation has significantly improved in Portugal, despite the great number of infections. In this more favourable context, the LEAD project’s activities have naturallyincreased, although face-to-face support has continued to be difficult to manage.

Therefore, the LEAD team in Portugal are satisfied with the results achieved. Our colleagues report that on the 31stof March, 2022, 138 young Portuguese adults with disabilities looking for a job were registered as beneficiaries on the LEAD project and got involved in the employment programme. Of these, 52 are involved in the Supported Employment programme and 14 are already employed.

Also, our colleagues from Portugal have continued to organise experience exchanges between young adults with disabilities looking for a job and potential employers. Consequently, between October 2021 and March 2022, four such meetings took place. These events facilitated interactions, and built natural relationships between employers and potential employees, increasing employment opportunities for young adults with disabilities. Six employers and 14 young adults attended these meetings.

The Consultis team considers that the activity of spreading information about the Supported Employment methodology, its advantages, and its implications is particularly relevant within the scope of the LEAD project. It is envisaged to promote this methodology in Portugal, through various activities, with the aim of ensuring its implementation by other entities.

In this context, both Portuguese Centres – The Integrated Centre of Resources in Supported Employment, and The Centre of Supported Employment Services – deliver consultancy and provide information to employers and human resources specialists to raise awareness on general issues concerning disability at the workplace.This is a particularly successful activity. Up to the 31stof March 2022, 95 organisations / companies from different regions of Portugal (from the Porto metropolitan area to the Centre and South Regions) benefited from consultancy services, provided by Consultis specialists in this way. In parallel, 35 employers and human resources specialists had the opportunity to attend five training sessions organised by the Consultis team in October, November and December 2021, in order to prepare them to include young adults with disabilities in their teams, as employees.

At the same time, the process of expanding the National Network of Supported Employment Services Providers has continued. This Network was created in February 2019 in order to facilitate the implementation of Supported Employment methodology throughout the country and to ensure the exchange of information between professionals in the field. According to our colleagues from Consultis, so far 36 organisations from different regions of Portugal have joined the National Network.

The Portuguese LEAD team has been informing the representatives of public authorities and the members of the civil society about the role of the National Network of Supported Employment Services Providers: raising the level of community awareness on Supported Employment services and demonstrating that young adults with disabilities are able and are willing to work.

Until the 31st of March 2022, 144 representatives of public authorities and 4,052 members of the civil society (young adults with disabilities, members of their families, employers, representatives of non-governmental organisations, VET and CVET centres representatives) were informed about the opportunities offered by the LEAD project, and the action of the National Network of Supported Employment Services Providers. Our colleagues also worked with the municipalities from the Bragança and Vila Real districts, in order to raise awareness and articulate the issues of disability.

The project “Labour market Employment for young Adults with a Disability – LEAD” is funded by Iceland, Liechtenstein and Norway through the EEA and Norway Grants Fund for Youth Employment.