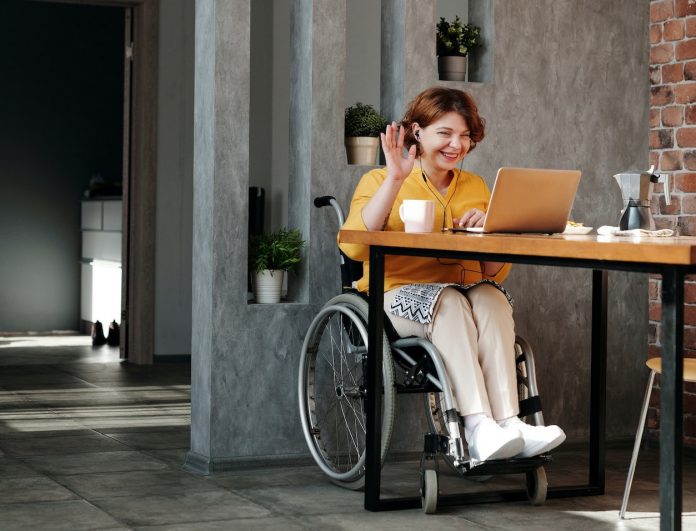 In the light of recent studies, surveys and metrics issued by the Government of Spain, the employment situation of people with disabilities and in risk of social exclusion is now more precarious than ever. It is estimated that by the end of 2020 a total of 1,58 million people in a working age (between 16 to 64) had a disability and 23,75 of men and 23,5% of women were employed, this is, only 1 out of 4 disabled people that were actively looking for a job were actually working by the time this survey was carried out.

Focusing on the situation of young people, according to different surveys and even though almost half (49%) of disabled people under 30 years old were actively looking for a job. This high rate of unemployment summed with the fact that the average annual salary for young disable people in Spain is of 13.675 euros before taxes, almost 7.000 euros less than the total average salary for disabled people in the country, paints a really grim situation for this specific group.

Despite the difficulties, the labor market reflects that the inclusion of people with disabilities is proving successful. In 2021, the number of contracts for this group increased by 24% compared to the previous year, according to the Spanish State Public Employment Service (SEPE in Spanish). And it is precisely among those under 25 years of age where this increase has been most noticeable (33%), although they account for less than 8% of total hiring. This increase in the employment rate comes from a variety of factors, including a more efficient legislation, a more inclusive and aware society and a change in the mentality of companies of the private sector by allowing people to break the stigmas of inactivity and dependence that has always accompanied this minority.

It is also worth mentioning that due to the COVID crisis and how severely it has affected Spain, the way young people establish new professional and social relationships has drastically change. Several institutions that work closely with young people have stated that there has been a shift towards isolation and increased use of ICTs and digitalization, reducing contact with young people due to the decline in face-to-face interactions. Today they have to make an effort in contacting and engaging young people in their activities, even if those activities were planned to increase the likelihood of them finding a new job opportunity.

From FUNDECYT-PCTEX we firmly believe that these changes in the way society works and connects with each other is intimately linked to the concept of social innovation. By helping different actors and institutions in the territories to adapt to the new needs and paradigm and to understand new ways of thinking and doing we can create a meaningful impact in our communities and improve the livelihoods and job prospects for everyone, but especially those in direr situations. By integrating the concept of social innovation in our environment we are sure we can create a space were inclusivity and diversity will no longer be something to be praised, but weaved into each community were the otherness will not be regarded as something to be ashamed but something that adds value and improves life for everyone.