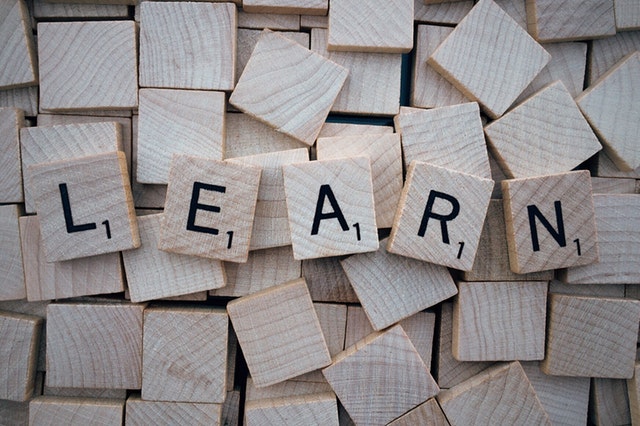 Towards work. Professional biographies and combinations of learning

by Alessandro Chiozza and Benedetta Torchia [1]

The recent consultation promoted by the European Commission on the validation of non-formal and informal learning offers a new opportunity for reflecting on a particularly important issue, that of the construction of a personal baggage of skills to ensure more effective introduction to the labour market. This issue clearly has both a collective and social dimension when tackling the questions relating to overcoming unemployment, personal growth and the growth of local communities, as well as the construction of increasingly better living conditions with a view to widespread well-being.

The contribution offered here is inspired by the relative Council Recommendation of 20 December 2012, referring not so much to the establishment of a validation system but rather focusing on some issues linked on one hand to the development of a lifelong learning and training system and, on the other, the recognition of a – more or less shared – space in which this learning can take shape.

The reflection therefore looks mainly, though not necessarily exclusively, to the younger generations, building on some of the issues and suggestions raised precisely in the introduction to the Recommendation.

First of all, the driving role that validation can play in increasing motivation to lifelong learning, particularly among the socially and economically disadvantaged.

Then, precisely in an era marked by demographic ageing processes, the consideration of having to tackle unemployment, particularly among young people. This question, unfortunately still valid several years after the Recommendation, is linked to the contribution that validation can offer to improving the labour market, fostering mobility and strengthening competitive performance and economic growth.

Finally, as an introduction to the reflection, it should be remembered that the reference to the strategies and initiatives already being implemented within Europe underline the need for more flexible learning paths which can improve entry to and progress within the labour market,and facilitate the transitions between work and learning phases.

The context is that of a Europe with significant variability of values and inclusion rates (youth unemployment rates in the EU vary greatly) and where the unemployment rate has recorded an only slightly positive variation. At the same time, if we observe the methods used over the past few years to establish paths for entering the labour market and reaching stable employment that offer autonomy and self-determination, we are faced with risks and criticalities which are also partly referred to in the Conclusions of the Conference on young people and the job market of the future.

Specifically, here it is interesting to refer to the issue of the increasing flexibilisation of the labour market, which makes professional pathways, the dynamics of accessing the market and the possibility to maintain employment less linear. In this respect, the Conclusions also state that if on one hand these forms of labour tend to attract young people, above all those with fewer possibilities, there is also a greater risk of being trapped in low-paid temporary work, with poor insurance and social security and few career opportunities.

From this point of view, the data is certainly not comforting. Part-time work is slowly but surely on the increase, and is often not a voluntary choice. Precarious employment also affects a significant number of people, above all women, who in both cases are more penalised than men.

And then there is the question of the professions, with an important divide between the non-qualified and the hyper-specialised, and problems linked to the fact that while employers already find it hard to cover top and middle positions, on the other hand the work force has three times more poorly qualified people than the number of non-qualified positions available.

In January 2016 the World Economic Forum Future of Jobs report estimated that 5 million jobs would be lost in the 15 most developed economies between 2015 and 2020, due to the destruction of skills accelerated by innovation and by replacement following automation and digitisation processes.

What is certain is that these transformations have had a widespread, far-reaching impact on the paths, progress and length of professional lives, and underline the centrality of continuous learning, producing a new demand for training which is sustainable not only in terms of costs but also versatile and multi-faceted, and which can be rapidly implemented to meet the equally rapidly changing market. All in all, those characteristics which, in a logic of transforming know-how, can help people to increase and maintain their own employability.

We should also not forget that the sequence that marked stable employment, accompanying the construction of a social even before a professional identity, has been continuously eroded, along with the fragmentation of the incremental and increasing trajectory of continued employment, and is more and more often replaced – also in current narrations – by a succession of individual events. A sequence that has also brought with it, among other effects, a growing difficulty in re-establishing a unified set of contents for professional histories even among adult workers. Careers themselves – understood as the set of events characterised by a substantial cumulative logic (income, experience, positions) – have changed, in favour of a working identity made of a multitude of contracts and processes alternating different employment statuses and different elements identifying each employment relationship (place, contract, employer, profession, etc.).

As careers – as we knew them – progressively lose their ability to provide even some information on professional pathways, in fact the transformations described above demand us to consider the combination of events that are not always expected, not always codified, not always planned, as an element shared by an increasingly large number of paths of individuals who are expected to be able to change their knowledge and their role in the different (life and work) contexts they come across.

Increasingly more biographies, increasingly less careers, therefore, which, even more so than in the past, for careers guidance and training policies today become the axis around which meaning must be given to this diluted experience because, in reality, the first question we have to think about is the ontological value of training in relation to the multitude of jobs and professions each person experiments.

The reconstruction of prior experience, also anticipating the production of new demand, dialogues on one hand with the combinatory aspect of different ways of entering the labour market but on the other represents an action that facilitates individual reflection on the trajectory of their own professional biography.

Within this path, users’ sharing and adhesion become a priority, within participatory logics that are able to enhance the assessments of operators and experts as well as the self-perception of the individuals throughout their own professional history and throughout their lives. The transformative function historically attributed to training is combined with the continuously changing processes and contexts individuals meet while entering and exiting training, jobs and new jobs, experiences and stimuli that constitute highly significant sources of learning.

We may think only of the participatory dimension of young EU citizens reported on in the Young Europeans survey. 53% stated that in the last 12 months they were involvedin activities in a group or organisation; participation in voluntary activities has increased to almost one third of those interviewed; 14% of interviewees stated that they had participated in activities or projects fostering cooperation with young people in other countries. This data confirms how people, and in this case young people, develop competences beyond formal contexts, and reminds us that if there are no opportunities to spend these competences, there is a risk of dispersion, causing damage not only for the persons themselves, the holders of such competences, but also the territories they live in, the communities they interact with, and the potential innovations that are not produced.

In this wide, shared space for building learning, which must consider the transformative dimension of knowledge and the discontinuity of events, those preliminary conditions for interpreting the skills required to facilitate full employability, the specific nature of each person’s professional history and biography represents the guiding lines for overcoming the “quicksand” Bauman referred to in portraying the continuous back-and-forth of learning and unlearning. If it is true, as it is true, that the learning process is potentially inherent in any activity performed, it is equally true that, for example, the system of the professions is not crossed by the same richness in the same way and with the same intensity. A context in which different competences are called into play will be even more necessarily formative in a context with fewer criticalities. Therefore, validation alone does not automatically ensure that inequality can be fought, but it will when it is possible to bind it to a job-supporting process that is able to respond to the symbolic and imaginative scope of the worker. Or, again, when the scope of competences constitutes a tangible credit within professional recognition and remuneration systems. A process that seems to be blocked, precisely at a time in which the fragmentary nature of events has overshadowed the paradigm of the quality of work and the ability to product quality work. A process therefore which needs a strong work culture able to recover and assure the right value also for the life project dimension, above all for those, the younger generations, who are approaching the world of employment.

[1] ANPAL, Technical and scientific research and consulting agency IV – Analysis of the employment context. The opinions expressed in this work are the responsibility of the authors and do not necessarily reflect the position of the Agency.