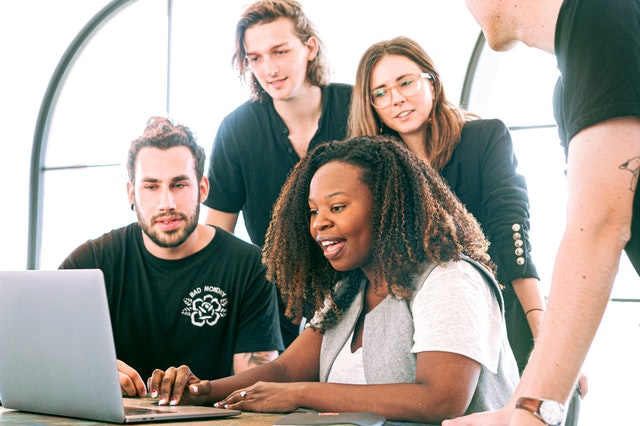 SOCIAL PILLAR OF THE EU: HAVE A SAY IN https://ec.europa.eu/social/main.jsp?catId=1487

As the “Youth Employment Magazine” team was finalising the Baseline Study on “Youth Employment in the 15+3 EU beneficiary countries of the EEA and Norway Grants, “Fund for Youth Employment”, building on the contributions of the almost 200 partners of the 26 projects of the Fund in the 18 beneficiary countries and the discussions held in the Annual Thematic Seminar in Brussels on 25-26 November, the new European Commission has started to act on the priorities outlined in the Political Guidelines presented by the President Ursula Von der Leyen before the European Parliament in November 2019. One of these is the development of the social pillar of the European Union.

On 14 January 2020, the Executive Vice-President of the European Commission for an Economy that Works for People, Valdis Dombrovskis, and the Commissioner for Jobs and Social Rights, Nicolas Schmit, presented a first take on their ideas for the next five years [1]. The next day, throughout Europe the media focused on the announcement of plans to move towards a European minimum wage framework, concerning which the Commission has launched a first phase consultation of social partners on the issue of a fair minimum wage for workers in the EU. The future European Unemployment (Re-) Insurance also made headlines. But the reflections of the European Commission go far beyond, concerning ten areas of action:

Many of these measures will have a direct bearing on youth employment in Europe over the next decade: the update of the Youth Guarantee (see the “Perspectives of Youth Employment” section in the last issue of the Youth Employment Guarantee), as well as the regulation of a fair minimum wage – young workers often have lower wages in the labour market. Another issue of course is the Gender Equality Strategy: as highlighted in the upcoming Baseline Study, unemployment affects young women in many Member States more than proportionally. Labour integration of persons with disabilities is also a black hole of the Youth Guarantee so far, as underlined by partners in the Baseline Study.

As a matter of fact, the Baseline Study as such, which will be published in the coming weeks, provides a true blueprint for the development of the youth employment aspects of the Social Pillar, and can be considered a contribution to the debate. Among the conclusions emerging from a youth employment reality, which has country-by-country specificities but shows an amazing pattern of common issues and problems throughout Europe, participants in the Baseline Study Workshop in Brussels highlighted the following:

In this process, and all these fronts, it is crucial to build on the insights and experience of youth employment practitioners throughout Europe, such as the partner organisations of the Youth Employment Fund. The European Commission has created a webpage for stakeholders to have a say on the Social Pillar implementation: https://ec.europa.eu/social/main.jsp?catId=1487. Here the European Commission endeavours to launch “a broad discussion with all EU countries and regions, and with all our partners”, including “civil society, the crucial voices on the issues about which our citizens care so deeply, academia, think tanks and citizens”. This consultation will be open until 30 November 2020, and will also be facilitated through a series of events and debates throughout Europe. Do not miss this opportunity for standing up for the future of our youth.

[1] See Press Communiqué and Communication from the European Commission on “A Strong Social Europe for Just Transitions”.