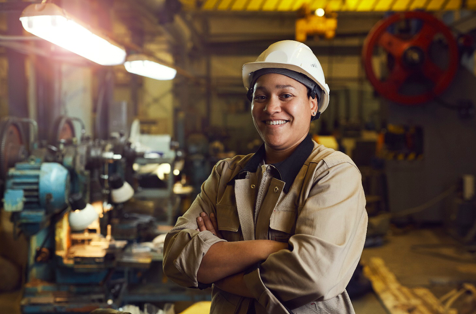 During a researchers’ and managers’ meeting, among the many in the YOUTHShare project. A concern has been raised by a colleague. A significant number of former NEET interns have abandoned their internships. That, otherwise worrying development, called for further investigation which lead to a “happy failure”: internships abandoned because hosting employers would turn the internship contracts into formal employment agreements.

YOUTHShare project has been implemented during challenging times but managed to overcome the barriers and provide a successful outcome: Fifty (50) people so far have been employed with the help of the project’s training programs, which in other words means that these beneficiaries were able to either get integrated into the workplace they had been receiving their training at or in a different employer. The number is indeed significant, bearing in mind the ever-changing circumstances the project has been running under -pandemic creating restrictions in moving, for example.

Μany regions in the Mediterranean area, especially during the pandemic, have been experiencing serious problems in integrating the workforce in the labour market, resulting in the rise of unemployment rates. YOUTHShare’s field intervention is twofold: On the one hand it provides NEET women and refugee/migrants with training on niche sectors and by that it expands their skillset, whereas, on the other hand, the project actively supports them with career consultancy, soft skills development, psycho-social support, CV enhancement and finally with job matching in view of their integration to the labour market.

The transnational dimension of the YOUTHShare methodology allows for the active search of internships and job opportunities not only in close proximity of their area of residence but in other regions and countries too. A crucial prerequisite of this international perspective is the development of NEETs’ social skills. They were able to meet, interact, form work relationships with each other, and most importantly, in some cases keep in touch even after the completion of the training and internship. This has been one of the most positive outcomes possible, because YOUTHShare acted as a medium for the participants’ social empowerment too. Also, in a broader aspect and effect, by expanding their knowledge and getting familiarised with resilient sectors, has inspired some beneficiaries to plan the establishment of their own enterprises. An additional positive outcome, which, despite the actual implementation or not, shows the long-term impact YOUTHShare.

In conclusion, YOUTHShare has been overall successful in relieving the stress off of participants, by offering them the chance to either build new skillsets or advance existing ones, as well as to search for new opportunities trans-locally. As the pandemic has affected insular and other regions that depend on vulnerable to external circumstances sectors, like tourism, the focus of young NEETs, after YOUTHShare, was also diverted into seeking employment in more resielients sectors and areas. The project’s effectiveness, in that respect, is confirmed by the outcome.