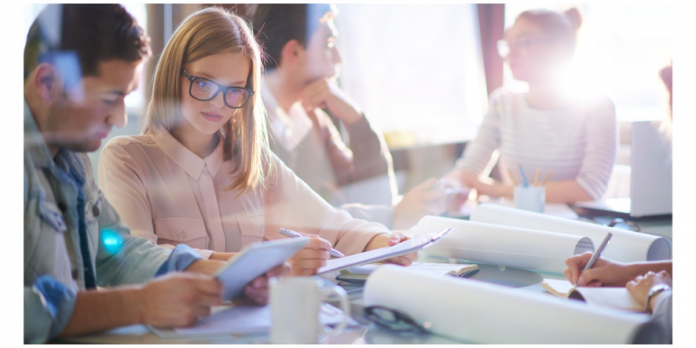 Spain has one of the highest unemployment rates compared to other OECD (the Organisation for Economic Co-operation and Development) countries. Although unemployment is a problem in other OECD countries, data shows that the extent of increase and the persistence is much larger in Spain.

This unemployment, especially affects some specific groups of population, between them, young people, affecting in addiction in slightly increasing figures to young women than young men. The group of young people who are neither working nor studying is a very mixed population group covering both young people at the end of adolescence who have dropped out of school early or did not continue their training after finishing their compulsory education and therefore have no skills or work experience, as well as those who have high-level qualifications, extensive skills and even work experience, but have been unsuccessful in finding an employment.

From the economic and social crisis that began in 2008 to the current social and health crisis caused by the Covid-19 pandemic, the position of young people in the Spanish job market has deteriorated exponentially, considering as well that high unemployment, instability, temporality and low wages are not recent characteristics of youth employment. In fact, the increase of youth unemployment is being considered a European problem led by southern countries. In response, the European Union has proposed various initiatives oriented toward the establishment of “youth guarantees” to ensure that all young people work or study.

Youth unemployment in Spain rises faster than in the EU

The youth unemployment rate in Spain for young people aged 15 to 24, according to Eurostat data, referring to the fourth quarter of 2020 for some of the most recent Member States, the latest available, is the one that has increased the most in the last year, by 9.6 pp compared to less than 1.1 pp in the first quarter of 2020. year, by 9.6 pp compared to less than 1.5 pp in France. Compared with the EU-27 average, which stood at 16.9%, 2.1 pp higher than a year ago, more than doubles. Among the countries with the lowest youth unemployment rate are Austria and the Austria and the Netherlands, with youth unemployment rates of around 10%, while in the 10%, although in the last year it has risen by around 2/3 pp.

In the first quarter of 2020, the difference between unemployment among educated young people and those with a low level of education has increased slightly, being more marked among young people up to 29 years of age.

Main causes of the labour situation for young people

A number of structural problems can be identified which have had a decisive effect on the labour situation for the young people. The following should be stressed:

The Spanish National Youth Guarantee Plan was created to reduce the youth unemployment figures in Spain, guaranteeing that all young people aged under 25 receive a good quality offer of employment, on-going education, an apprenticeship or work experience within four months after finishing formal education or becoming unemployed. This Youth Guarantee Plan analyses the context for the young people who are not in employment, education or training in Spain.

The implementation of the Youth Guarantee in Spain started in 2013 with the approval of the National Plan for the Implementation of Youth Guarantee in Spain (NPIYGS), which brought together a set of measures that had been previously approved for the Strategy for Young Entrepreneurship and Employment 2013-2016 (SYEE) and which extended through the 2014- 2020 planning period. In 2014, Act 18/2014 established the rules for implementing the National System of Youth Guarantee (NSYG). In 2018, some management improvement measures were introduced by means of the Shock Plan for Youth Employment 2019-2021.

Last 8th of June, the Council of Ministers of Spain approved the Youth Guarantee Plus Plan 2021-2027 for decent work for young people, which aims to improve their qualifications so that they acquire the professional and technical skills necessary to access the labour market.

Government representatives explained that this Plan is part of the Strategic Plan for Youth Advances, which brings together all the actions for youth employment and which will involve 4,950 million Euros: “This is the largest investment by the Spanish Government in the history of democracy to tackle the main problem facing our country, unemployment, especially youth unemployment”.