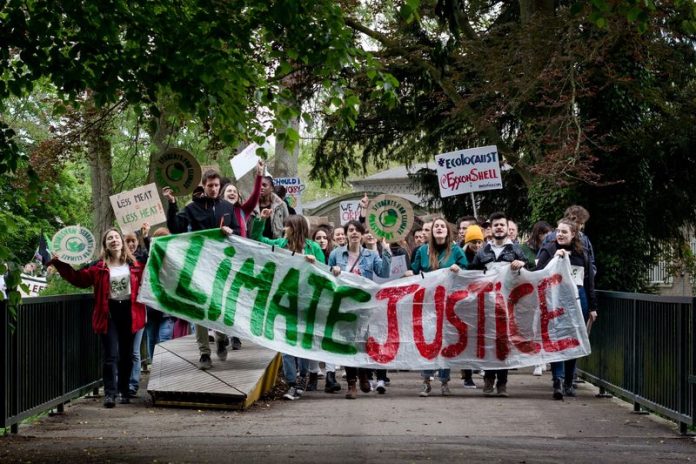 The Intergovernmental Panel on Climate Change (IPCC), the leading international body for the assessment of climate change, warned the world during the UN body’s Sixth Assessment Report that there is no longer any margin of space or time to deal with global warming. With the temperature increase of more than 1.5 degrees Celsius expected in the coming years, the world will face multiple unavoidable climate risks.

The four main risk categories identified for Europe and the Mediterranean basin are:

1) Heat waves on populations and ecosystems;
2) Substantial losses in agricultural production for most areas of Europe;
3) Risks of water scarcity;
4) Risks posed by increased frequency and intensity of floods.

In this context, young people are the most active, motivated and concerned about the climate emergency. In fact, as noted in a recent survey, young people mentioned protecting the environment and combating climate change as one of the top priorities of the European Union (Eurobarometer 478). Young people from Italy and the United Kingdom are the main ones to put this issue as a priority. In fact, the data of a survey carried out by the UN together with Oxford University involving almost 700,000 young people showed that, together with those from the United Kingdom, Italian girls and boys showed the highest percentage of concern and need for action on climate issues, a good 86%. In addition, young people are the ones who participate most actively in environmental and rights associations. As proof of this, it has been observed in Italy that the number of young people in the 14-24 age group participating in such associations varies from 2.6% to 4.4%, depending on the specific age, which is significantly higher than the national average of only 1.7% (Source: Istat, 2020). The reasons probably lie in the fact that today’s young people are highly informed and conscious of the issue and, furthermore, climate risks, as they will become more and more prevalent in the coming years, will mainly affect future generations, the children of today’s youth. Among the concrete actions of great resonance, we can recall the lawsuits made by youth groups against the governments of certain countries. For example, the lawsuit made by some young Dutch people from the environmental organization ‘Urgenda Foundation’ against the Dutch government for inaction on climate, made in 2013 and unexpectedly won in 2019, with an imposition by the Supreme Court of a 25% reduction in emissions (compared to 1990) by 2020. And again, the story of a group of 25 young Colombians who won a lawsuit against their government in 2019, charged with failing to protect the Amazon rainforest from deforestation. These are just a few examples of how young people are and will be the protagonists in the fight against the climate crisis and, for these reasons, the political elites will have to work harder to give more value, more strength and more support to all those who are concretely committed to the fight against climate change, through targeted and effective policies.