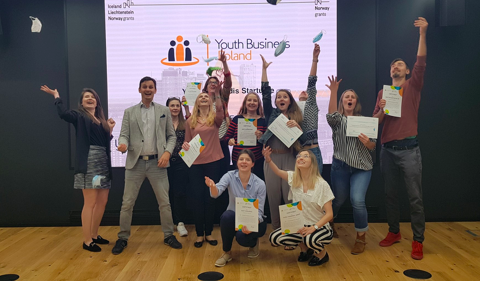 Fighting climate change is a key and important issue in every country. Intense rainfall, inundation or flooding, dangerous storms and hurricane winds are just some of the extreme weather phenomena that are increasingly occurring in Poland. In a special scientific report prepared by the United Nations, we read that the catastrophic effects of climate change will occur sooner than predicted. It turns out that even the range between 1.5ºC and 2ºC, which until now was considered relatively safe for humanity, means such a large impact on the climate that we will not be able to stop its tragic effects, and some species will not have time to adapt to new reality and weather conditions.

However, in the report of the Intergovernmental Panel on Climate Change (IPCC), prepared on the basis of 59,000 scientific papers, we can read that “we are on the way to a climate catastrophe.” According to the authors of the report, each sector has the potential to reduce emissions by at least 50% by 2030 to do as little damage as possible not only to the planet but also to humans.

The worsening climate crisis is causing more and more losses … can it be prevented?

The WWF Poland Foundation conducted research on the involvement of young people in pro-ecological activities. The research shows, among other things, how important it is to educate young people for whom caring for the natural environment has become part of their everyday life. They are also convinced that what they do at home has a direct and significant impact on the environment.

We also see that more and more startups create their products and services, focusing on solutions that have a positive impact on the quality and life of society.

Startups have a positive impact

Companies want to contribute to the beneficial changes taking place in our communities – it is a visible trend on the Polish market as well as around the world. Young entrepreneurs implement business models that generate economic, environmental or social benefits at the same time. The motivation of the founders is often personal, which stems from the inner needs of caring for the planet.

For several years, a growing trend in switching to plant-based diets has also been noticeable around the world. More and more people are looking to change their eating habits for health reasons, for ethical reasons or to improve the climate.

How much is animal farming harmful to the planet?

More and more people want to save the world by changing their eating habits. This is also the case with Kasia Rećko – a vege dietitian who specializes in balancing and promoting plant-based diets and helps women with hormonal problems.

Keeping animals, especially cattle, is much less productive than growing plants. Mass production of meat indirectly contributes to the world hunger crisis, as an increasing part of the arable land is devoted to the production of grains that will be eaten by livestock.

Kasia has noticed this problem a long time ago, therefore, with her actions, she encourages to limit meat consumption by taking small steps, getting the body used to changes and learning how to balance plant meals.

The promoter of the plant-based diet also runs an online store where you can buy ready-made, simple menus. Importantly, meals are based on easily available products, so that people, even from smaller towns, can easily make changes to their diet.

Vege dietitian applied to one of the editions of the YES program – Young Entrepreneurs Succeed! Participation in workshops and mentoring gave her a large injection of knowledge, which helped her develop her own, one-person company, in which she does everything herself, including devising strategies, concept of activities, acquiring clients, preparing menus and nutritional plans, running social media channels and leading bookkeeping.

Like the meat industry, the clothing industry is becoming an ever greater threat to the environment. Approx. 85% of textiles end up in the garbage every year. That’s enough to fill Sydney’s port every year.

In order to limit the negative impact on our planet, more and more new fashion brands operate in the spirit of slow fashion, i.e. responsibly and locally, which shortens the supply chain or CO2 emissions.

An example of such a company is KERTA, founded by one of the participants of the YES! – Paulina Bździkot. KERTA is a brand of medical clothing that is produced in Poland from start to finish. All fabrics from which the collection is made come from reputable suppliers, meet the required standards and have Oeko-tex® standard certificates.

The founder of the brand is a clothing designer with a sense of mission, which means that she is often additionally involved in various fashion projects, such as: garment design workshops in the spirit of recycling. She lives socially responsibly, hence the idea not to develop another brand that will only drive consumerism, but most of all will become useful, help people at work and will be in the spirit of less waste.