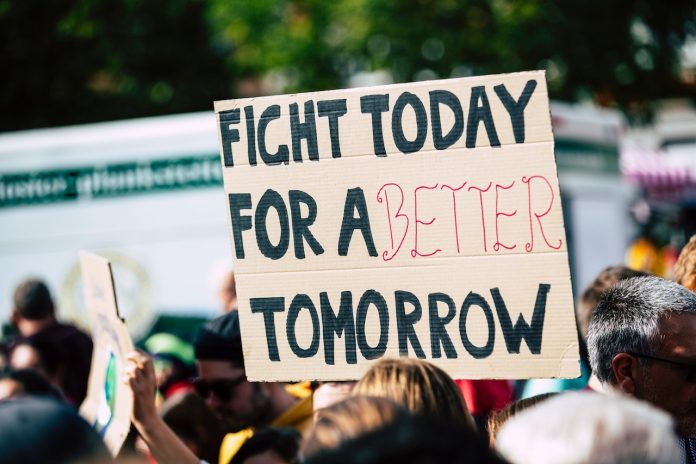 It is generally accepted that the climate is changing on a global scale.

Natural outcomes of this situation are the tragic consequences we are already facing. Unprecedented heatwaves are plaguing the countries of Europe. In fact, the United Kingdom for the first time in its history recorded temperatures above 40 degrees Celsius!

Professor emeritus of climate hazards and geophysics at University College London, told the Guardian: “This is just the beginning.”

Climate change and the destruction of the natural environment has worsened due to human intervention. Youth play a crucial role in combating climate change. They are valuable contributors to climate actions but let’s not forget that they are also victims of the climate change and are facing an immensely difficult situation that previous generations passed on as an inheritance when they failed to respond adequately to this dramatic challenge. According to the United Nations Development Programme (UNDP) “People’s Climate Vote”, the largest survey conducted in 2021 on climate change, youth below the age of 18 believe to a rate up to nearly 70% that climate change is a global emergency. Young people are already recognizing the importance of the issue upon us and whetherthrough education, science or technology, they are scaling up their efforts and using their skills to accelerate climate action.

Young people are the key agents when it comes to change for a better future. In order to lay the foundation for a peaceful and a sustainable future we must empower youth and collaborate with them. Given their growing commitment towards tackling the climate crisis, acknowledging the enhancement of the youth’s inclusion in climate debates and decision-making processes is fundamental.

Young people all over the globe are raising their voices to demand climate action. Strikes, lawsuits and public awareness events by young activists, below the voting age in their majority, are the alternative means through which they are fighting through to make their voices heard.