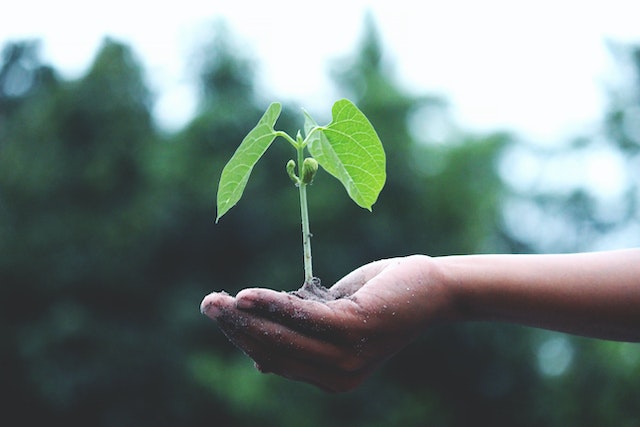 Bob Dylan: “How many times must a man turn his head, and pretend that he just doesn’t see?”

“Respect Mother Earth and her giving ways. Or trade away our children’s days.”

Al Gore: Here is the truth. The earth is round; Saddam Hussein did not attack us on 9/11: Elvis is dead; Obama was born in the United States; and the climate crisis is real.

Severn Cullis-Suzuki: gave a speech at the United Nations Rio de Janeiro Earth Summit in 1992 that ‘silenced the world for 5 minutes.’ Severn said to world leaders, “You grown-ups say you love us. But I challenge you, please, make your actions reflect your words.”

Antonio Guteres: “We are heading into a disaster. We have waged war on nature and nature is striking back in a devastating way. The world is “sleepwalking to climate catastrophe,” as the ongoing pandemic, the war in Ukraine and a lack of political willpower undermine humanity’s efforts to slow the warming of the planet.”

Isaiah 24:5-6 : “The earth lies defiled under its inhabitants; for they have transgressed the laws, violated the statutes, broken the everlasting covenant. Therefore, a curse devours the earth, and its inhabitants suffer for their guilt; therefore, the inhabitants of the earth are scorched, and few men are left.”

Barack Obama: “There’s one issue that will define the contours of this century more dramatically than any other, and that is the urgent and growing threat of a changing climate.”

“We need scientists to design new fuels. We need farmers to help grow them. We need engineers to invent new technologies. We need entrepreneurs to sell those technologies. We need workers to operate assembly lines that hum with high-tech, zero-carbon components. We need builders to hammer into place the foundations for a clean energy age. We need diplomats and businessmen and women, and Peace Corps volunteers to help developing nations skip past the dirty phase of development and transition to sustainable sources of energy. In other words, we need you.”

Until now, for this article I have mostly used other people’s words, not for any plagiaristic pursuit, but rather to provoke and inspire. Words give life to ideas. Words are singularly the most powerful force available to humanity. Words are the precursors of actions. Below are some actions that we might like to see implemented in the fight against the ongoing climate crisis.

The World Economic Forum recently announced that young people are more aware of the climate crisis than older generations, and more engaged in responding to it. Many are joining the global dialogue on solutions, getting involved and taking action.  When it comes to decision-making on climate, however, young people often lack a seat at the table. Governments must harness the skills and energy of young people in order to respond effectively. This was followed up by a UN trilogy of suggestions to involve the active participation of youth in the full cycle of actions from design to implementation.

As nations seek to achieve their respective Nationally-Determined Contributions (NDC) targets, they must harness the skills and experiences of young people. There is data to suggest that young people are taking the initiative to address climate change, from volunteering with organizations to donating to environmental initiatives. They must be encouraged to actively contribute to the current climate action framework and help build a green future.

Young people are developing products and services, and leading campaigns to build a green world. There are various innovative solutions that are credible and scalable, in need of support. Governments, businesses and investors must support youth-led solutions to climate change through grants, venture capital, debt financing, or in-kind support.

According to the UN, there are an estimated 3.7 billion people below the age of 30, representing 48 percent of 2021 global population estimates. For climate-related decision-making to be inclusive and all-encompassing, youth inclusion should not be an afterthought. As governments set and review NDCs and develop policies that have climate implications at the national and global levels, young people should be represented and involved in this process. Effective climate action must be inclusive, allowing everyone to contribute their quota. Young people will play a pivotal role over the next decades, it is important for governments, corporations, and leaders to support and encourage them to actively participate in the global fight against climate change.

Seamus Heaney, Irish Nobel Literature laureate said “I can’t think of a case where poems changed the world, but what they do is they change people’s understanding of what’s going on in the world”. While words are not always enough to convey a landscape’s diversity, richness and depth, it is equally true that “if you have the words there’s always a chance you will find the way”